Is the PPA a key option to avoid the EIR implementation and/or is it a better option for planning future electricity bills?

All of Europe is facing unprecedented challenges in the energy sector, and these challenges have a direct influence on all of us. Some people say this crisis is caused by the European Green Deal, but most likely the real problem is that we were too dependent on Russian oil and gas and were not developing enough renewable energy generation capacities.

In the past, the development of renewable energy was not possible without government support, however, due to technological and economic changes, such support is not needed anymore. Currently, because of the sky-high electricity prices, we have the opposite situation – governments are planning to introduce a price cap for electricity produced by renewable energy facilities. On Thursday (October 6th, 2022), the European Commission formally adopted a Council Regulation on an emergency intervention to address high energy (EIR). One of the substantial measures is the cap on market revenues and the distribution of surplus revenues to final customers. “These unprecedented measures are a necessary response to the energy supply shortages and high energy prices affecting Europe”, – said Executive Vice-President Frans Timmermans. 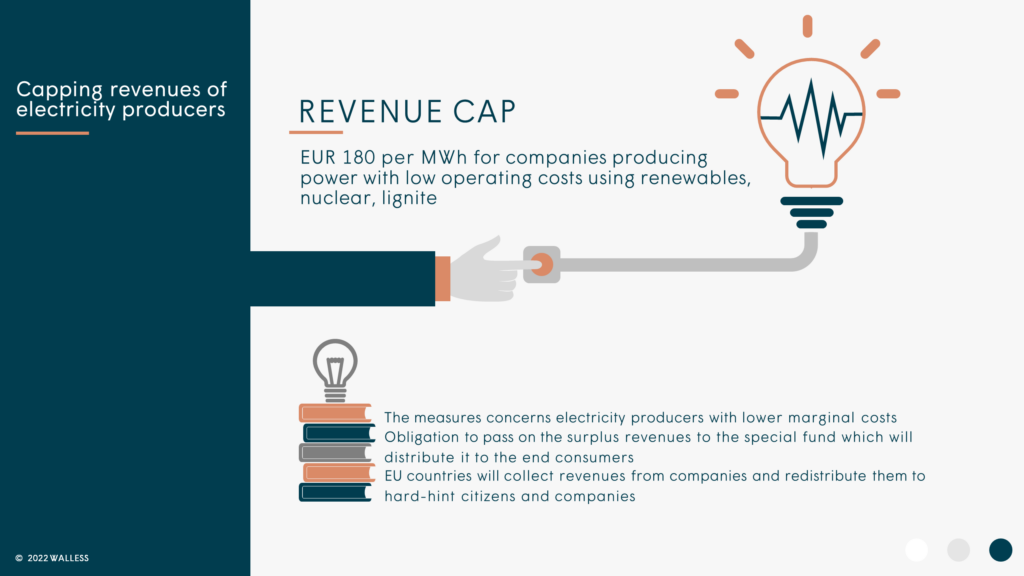 The matter of price capping

Most of the comments are focused on the matter of price capping. However, the previous version of EIR Proposal Article 8 stated that “Member States shall swiftly remove any unjustified administrative or market barriers to renewables power purchase agreements (PPA). They shall take measures to accelerate the uptake of renewable PPAs, in particular by small and medium-sized enterprises.”. Nonetheless, the following provision has been erased, but the current version of EIR still emphasizes that PPAs should remain unaffected by the EIR and “[t]he measures introducing the cap on market revenues should therefore not deter market participants from entering into such contractual obligations”. Shall it mean that the PPA is a key option to avoid the EIR and/or is a better option for planning future electricity bills? The answer should be “yes”, however, but there is one “but” (at least when we are speaking about solar PPA’s).

In June the so-called “Breakthrough package” introduced a 2 GW limit for “commercial” solar energy production. Such limitation stopped (fingers crossed, it is just for a while) development of solar projects, and such limitation was justified by:

Currently, there are applications to develop approx. 4 GW, however, as it was mentioned before, the cap is 2 GW. Market participants with the regulator are discussing how to satisfy market needs and regulatory cap. Might it be a solution that could be the inclusion of projects to be developed under PPA schemes in the list with a 2 GW capping exemption? Might be this encouraging Lithuania to dispose of its electricity generation at rational prices and to pursue the same objectives as the EIR. Nevertheless, So, we invite you to take a look at the main types of PPAs that could be implemented to avoid today’s price volatility. 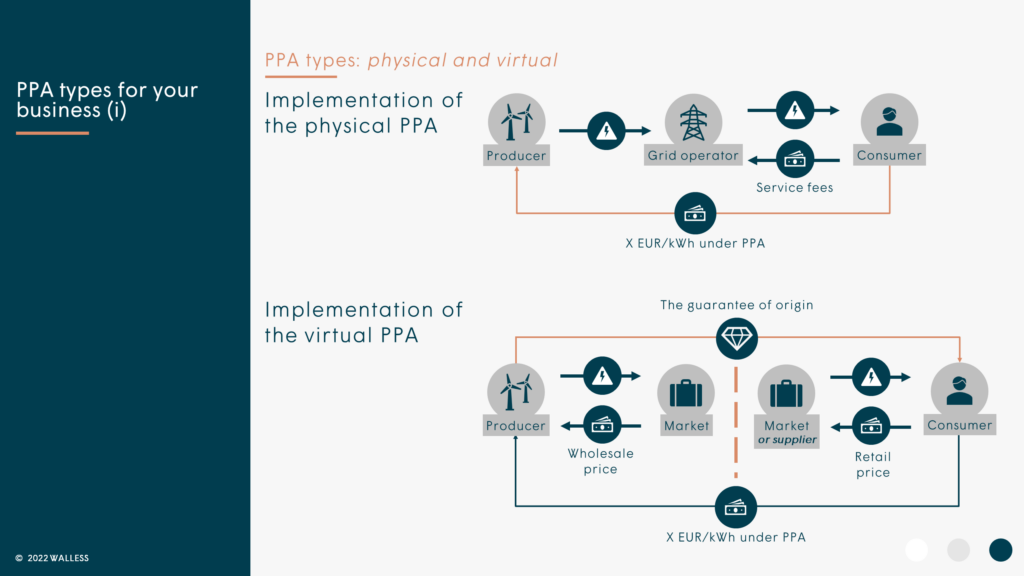 Corporate PPAs are not a new phenomenon, with the first deals occurring almost fifteen years ago. However, the size and frequency of deals – particularly in Europe – have picked up in recent years. It became more significant in light of the electricity price volatility and in becoming resistant to imminent legislative changes. In the meantime, the type of PPA described below is used to bring together more consumers and achieve economies of scale. 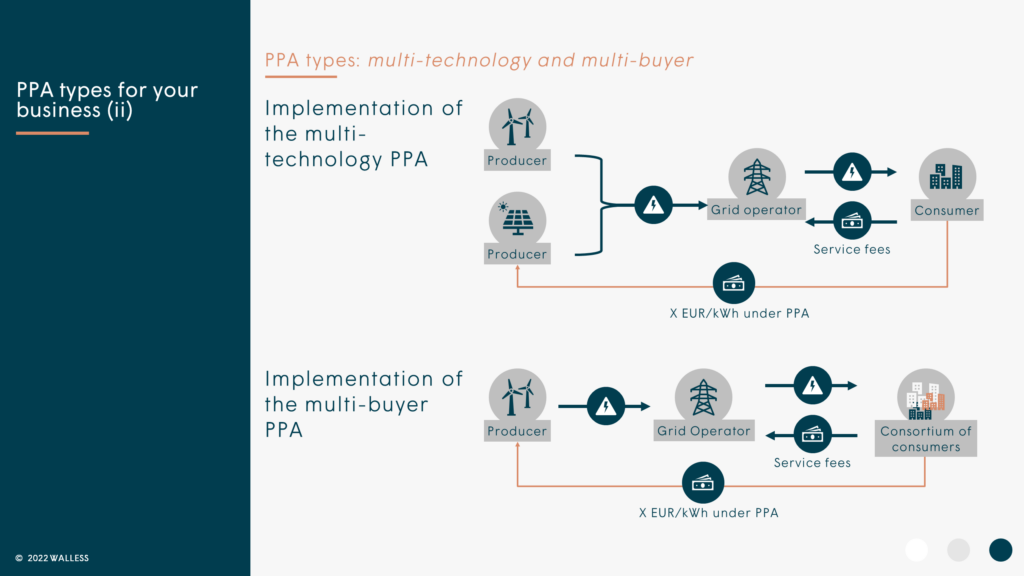 Subscribe and receive the summary of the Lithuanian Supreme Court's rulings every week in your inbox. The information is prepared by the WALLESS Arbitration and Dispute Resolution Team.

Please note that review is in Lithuanian.

By subscribing and entering your e-mail, you agree to the processing of your personal data by WALLESS and confirm that you have read, understood and accepted our Privacy policy.

Archive
We use cookies on our website to give you the most relevant experience by remembering your preferences and repeat visits. We also use some cookies which are essential and necessary to make our website work. By clicking “Accept All”, you consent to the use of ALL the cookies. By clicking “Manage” you may choose which cookies to use and learn more. For more details, please read our Privacy policy.
MANAGE ACCEPT ALL CLOSE
Manage your cookie preferences

Advertisement cookies are used to provide visitors with relevant ads and marketing campaigns. These cookies track visitors across websites and collect information to provide customized ads.

Analytical cookies are used to distinguish users and to understand how visitors interact with the website. Cookies register a unique visitor‘s ID that is used to generate statistical data on how the visitor uses the website.